Home > News Page > Survey Results: How do Millennials Measure Up Against their Elders with Insurance Education?

Survey Results: How do Millennials Measure Up Against their Elders with Insurance Education? 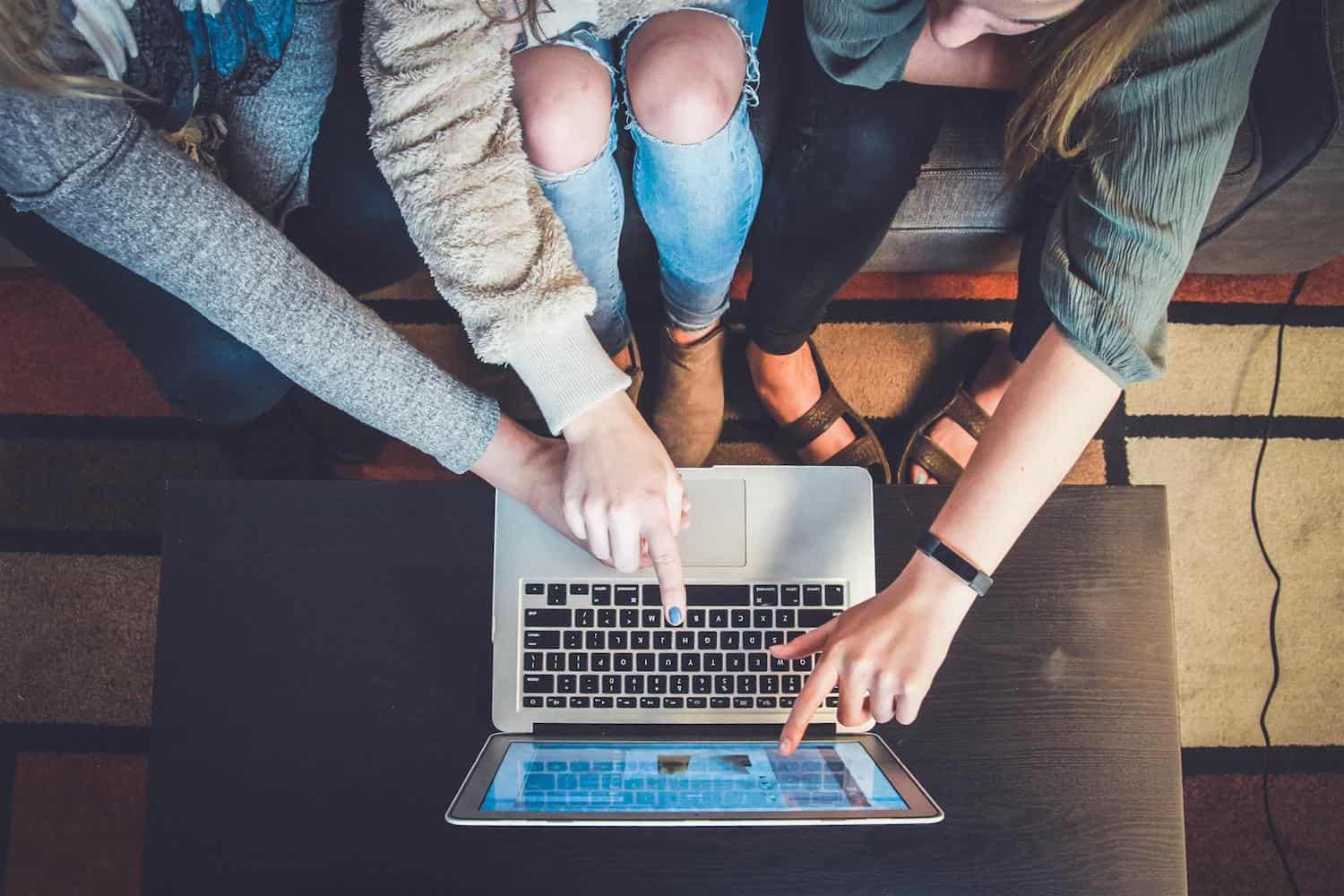 We conducted a nationwide survey asking 1,000 people to evaluate their relationship with insurance through a series of questions, and analysed their responses in relation to their age bracket.

The results were sobering; revealing that 44% of Brits couldn’t cover their household bills if they became unwell and unable to work, while 66% of people in the UK don’t have any financial support in place to cover the cost of looking after a sick child (what does this mean for single parents!?). However, it wasn’t only life insurance which was cause for concern, as 9.9mil Brits who went abroad in the last year did so without any travel insurance. Millenials are the worst age demographic for taking this risk, with only half of 18-24 year olds taking out travel insurance everytime they travel.

In particular, our survey offers a worrying insight into a lack of financial protection and understanding of insurance for millennials. With only 28% of 18-24 year olds covered by a life insurance policy, compared to 46% of 45-54 year olds, millennials are the least likely demographic to be financially stable should something go wrong. Arguably as a result of this statistic, a massive 52% of 18-34 year olds wouldn’t be able to cover their bills should they no longer be able to work, whereas 79% of over 54s would.

However, we have come to the conclusion that many of the millennials fall into this trap through a lack of knowledge and perceived lack of finance, rather than a lack of responsibility. Furthermore our results suggest that the older people get, the less interested they are in free gifts or incentives, and the less likely they are to believe an insurance policy will pay out - suggesting a naivety of trust in many millennials’ understanding of insurance.

Our research suggests that many young people have the desire to make informed and intelligent financial decisions, but lack both the financial stability/savings and education to execute it - particularly as the cost of living rises and our educational system falls behind the times.

Here are the results in full:

Have you considered taking out a life insurance policy to cover your mortgage if you own, or are planning to buy a property?

An astonishing 61% of 18-24 year olds answered yes, compared to only 28% of over 54s. This is potentially due to the difficulty millennials face when it comes to self-insuring and building up savings. We feel fear has become a key driver in the rise of this 'requirement'.

If you’re getting married, or plan to in the future, would you purchase wedding insurance?

39% of 18-24 year olds would purchase wedding insurance - the demographic with the highest percentage of people answering ‘yes’. This can be attributed to the increasing cost of weddings in recent years, and the sheer variety of services now desired. A study by bridebook.co.uk found that millennial couples are spending 45% more of their annual income on their wedding than couples aged 40 or older.

Do you take out travel insurance when going away on holiday?

The survey results show that only 51% of 18-24 year olds always take out travel insurance, compared to 73% of 45-54 year olds. This is potentially due to a lack of awareness surrounding the importance of travel insurance. Alternatively, with the increasing costs of travelling and living, many young people may choose to forego travel insurance and prioritise the use of that money elsewhere; given the large marjority have less responsibility or dependencies.

If you were to own a pet, would you take out pet insurance?

52% of 18-24 year olds, who were surveyed, answered yes, making millennials the most likely demographic to take out pet insurance. This is potentially because of the increasing importance we’re placing on our pets as members of the family, or even that current animal exinction levels awareness are raising peoples empathy levels, and the lengths we’d go to care for them.

If you have children, or plan to in the future, would you be financially secure if you had to time off work to care for them?

With an alarmingly high 18% of 18-24 year olds we spoke to not planning on having children, this could be due to an increased focus on women’s careers, the cost of buying a house on the rise, the easier and cheaper ability to travel, or even the overpopulation crisis the world is facing - are we giving people enough credit? It's clear that parenthood has slipped down many millennial's lists of priorities, and for many others, it’s just not financially feasible.

Would your family (or persons that you otherwise support) be financially stable if you were to pass away?

From those who responded to our survey, 86% of 18-24 year olds answered yes. This could be due to the little financial responsibility they hold within their families, and the fact that many of them are still considered dependents themselves.

If you were unable to work due to illness or injury, would you be able to afford your bills?

Of the people surveyed, 64% of 18-24 year olds answered no. With the cost of rent and living increasing, but wages not rising at the same rate, many millennials find it increasingly hard to save money, and often find themselves living paycheck to paycheck.

Have you considered taking out private medical insurance?

63% of millennials, who replied to our survey, have not considered taking our private medical insurance. In the UK, many young people simply don’t feel the need to pay for an additional service when they’re already comfortably covered by the NHS, for free. However, this sentiment seemingly extends beyond 18-24 year olds, with only 20% of 45-54 year olds answering ‘yes’.

Did you know life and funeral insurance policies are available for people over 70?

We’ve concluded that 67% of 18-24 year olds in the UK are aware of policies that are aimed at over 70s. Arguably, through tv advertisement of over 70s life insurance policies, younger people have formed the opinion that life insurance is aimed at older people and have been put off buying their own policies as a result. This supported through the mere 28% of millennials who are currently covered under a life insurance policy, according to our survey.

Did you know there is a difference between ‘funeral insurance’ and a ‘prepaid funeral plan’?

With a massive 65% of 18-24 year olds not knowing the difference between ‘funeral insurance’ and a ‘prepaid funeral plan’ - compared to a mere 37% of over 54s - there is arguably a lack of awareness surrounding the different policies on offer. This gap in knowledge is particularly noticeable in policies which are aimed at older people, suggesting that young people are more likely to educate themselves on short-term arrangements they have to make, rather than long-term financial decisions.

Tick each insurance type you currently have covering you, and/or a close loved one?

Unsurprisingly, the type insurance millennials are most likely to take out is car insurance, with 61% of 18-24 year olds insuring themselves on a car. However, this percentage is still lower than every other age demographic, suggesting that millennials are either struggling to insure themselves and afford the fees associated with running a car, or their lifestyles simply don’t require them to drive.

Do you know the difference between 'life insurance' and 'life assurance'?

Our survey stated that only 29% of 18-24 year olds know the difference between 'life insurance' and 'life assurance', a figure which is a close match for the 28% of millennials who currently have life insurance of any kind in the UK.

This gap in knowledge surrounding two of the most common insurance policies is both the cause and effect of a lack of 18-24 year olds taking out life insurance - suggesting a lack of knowledge and perceived lack of finance, rather than a lack of responsibility.

Do you trust insurance companies on to pay out on claims?

Despite a lack of 18-24 year olds actually taking out these policies, they are the demographic which have the most trust in insurance companies: with 55% of millennials trusting insurance companies on to pay out on claims, compared to the mere 41% of 35-44 year olds. The again can be put down to a lack of experience, and even naivety.

Have you written a will, or had someone/a service write one for you?

We asked people if they’d ever written a will or had someone do it for them, 76% of 18-24 year olds answered ‘no’, suggesting death arrangements is something very few millennials consider at their young age.

Would you know how to plan a funeral should a loved one pass away suddenly?

According to our survey, 63% of millennials wouldn’t know how to plan a funeral. Once again this can be attributed to a lack of experience, given few 18-24 year olds in the UK have faced the death of a close family member - even fewer in the circumstance where they’d be the sole surviving person responsible for arranging the funeral.

Does offering 'free gifts' or 'incentives' make one insurer more attractive than another?

When asking people if offering ‘free gifts’ or ‘incentives’ makes one insurer more attractive than another, 63% of 18-24 year olds answered ‘yes’, compared to only 21% of over 54s. This can be attributed to a lack of education and experience. When you spend time looking around at the different insurance providers, you begin to notice that all insurance providers offer free gifts and incentives - but they don’t actually add very much value to the policy on offer. On the surface free gifts sound great, but they don’t count for much when you actually look into it, and many millennials are yet to do this research.

Want to use our data? Go for it. We just ask you cite us as the true source.